The Kia Stinger represents a new direction with the brand, entering the performance fastback segment of the market for the first time. Fusion’s task was two-fold: design, build and manage a stand in the busy concourse of Waterloo station; and create video content to play on the stand.

On the stand, we wanted to display the Stinger as the dynamic and capable drivers’ car it is, so chose to theme the stand around a slice of racetrack, replete with tyre stacks, raised kerbs and tarmac.

The video component was fully storyboarded by Fusion, and filmed with the help of our film partner, MadCat Media. Filmed on Silverstone’s National Circuit, our professional drivers spent the day sliding 2 Stingers around in a carefully choreographed routine. The desired output was 2 distinct videos – a 360 VR and a more traditional 2D film. We deployed advanced 360 cameras, plus 4K 2D video cameras, drones and GoPros to capture the action from as many angles as possible. 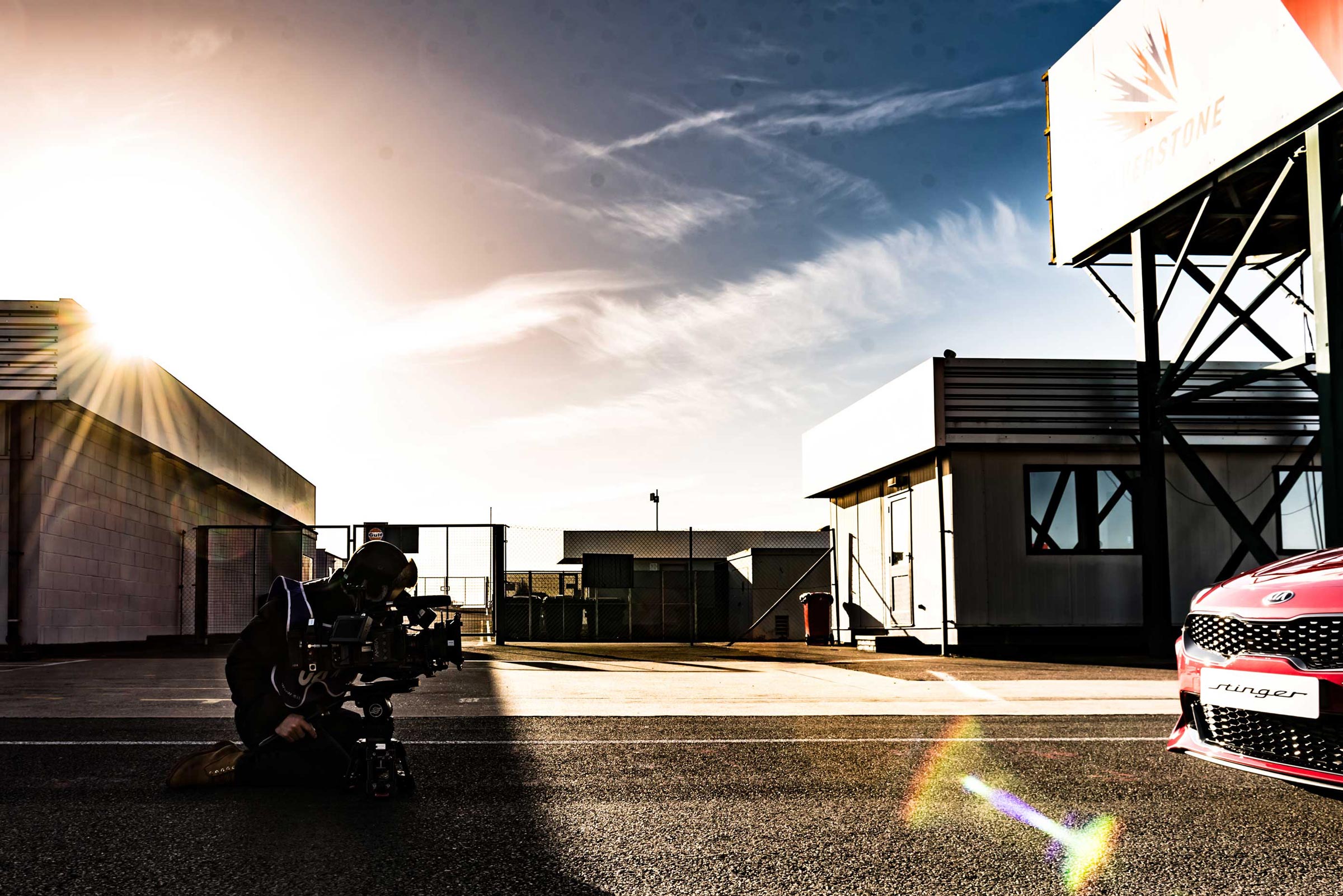