The launch of Renault’s newest performance hatch, the Megane R.S., prompted much anticipation around how we could activate it. The solution was a multi-channel campaign, bridging the gap between the inaugural Speedmachine Festival in May and the F1® British Grand Prix in July.

The campaign centred around Renault Sport’s first foray into e-sports. Fusion liaised with our gaming partner The Events House to develop a bespoke racing competition within the exceedingly popular Project Cars franchise. The online competition culminated in the three category winners (PS4, Xbox and PC), who joined us as guests of honour at the British Grand Prix. They then went head to head against each other in the final on our stand, and met Nico Hülkenberg and Carlos Sainz of the Renault Formula 1 Team. We also hosted an autograph session with the two drivers.

Our stand at the Grand Prix featured 4 world-class VR race simulators, a brace of Megane R.S. and a couple of F1 cars: a Lotus Renault E20 and the Renault R.S. 2027 Vision Concept.

More than 36,000 people visited our stand over the 4 days activation, with nearly 700 of them taking part in the racing simulator game on-stand. 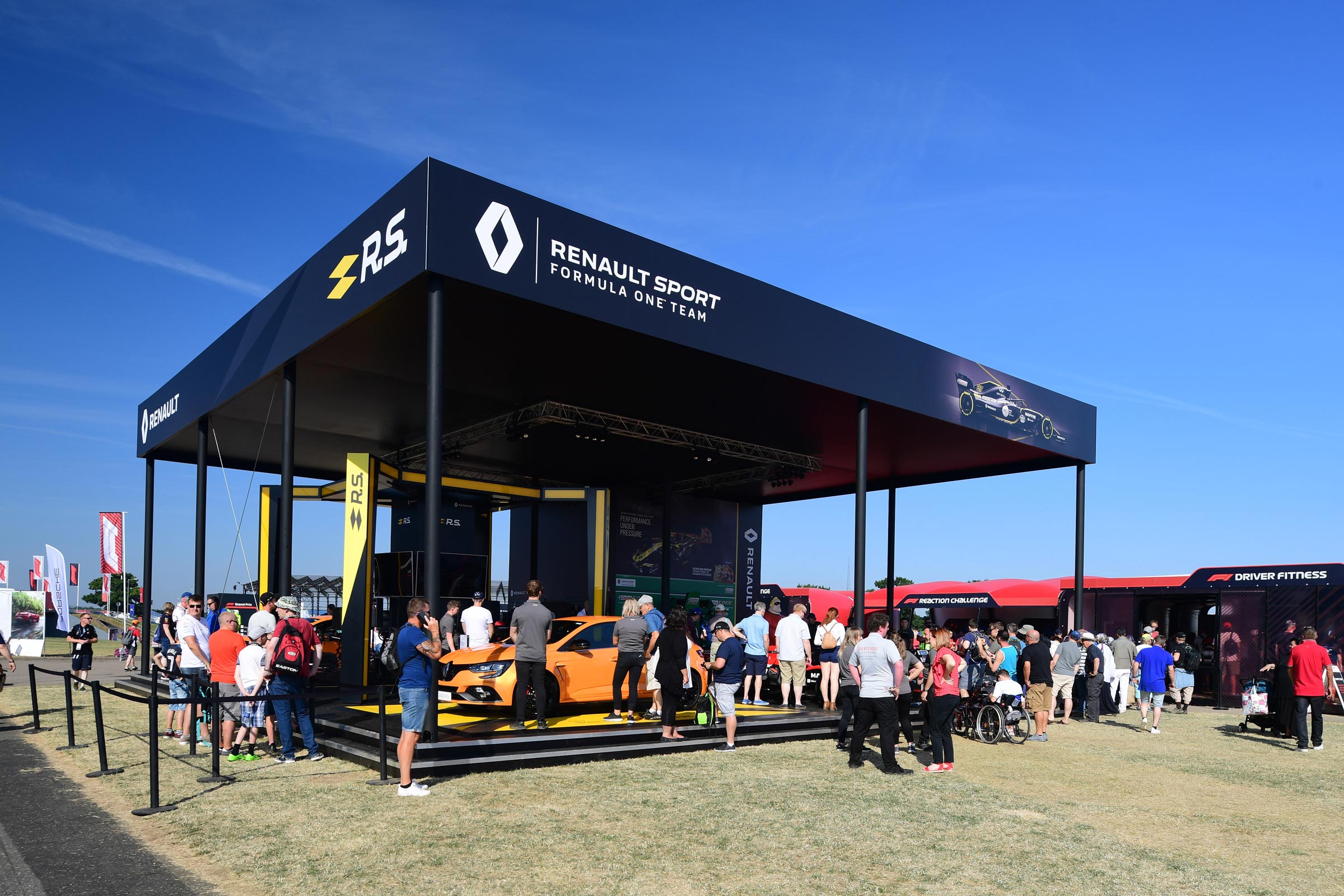